BinConverter is a Python Graphical User Interface (GUI) that converts the raw data (.bin) recorded from Axona's DacqUSB1 to the Tint format. Although you can perform a conversion from .bin to Tint using the DacqUSB software provided by Axona (this will use whichever threshold was set during the recording), BinConverter was designed so that we could retroactively decide on a threshold based upon statistical analysis of the entirety of the session (standard deviation).

When recording using the DacqUSB you must decide on a threshold before you begin the recording. You are essentially deciding on a threshold based off of the spike data you visualize in the DacqUSB software at that point in time. You do not have the whole picture, nor do you know what is going to happen to this signal during the recording. Therefore, I made BinConverter, as a way so that the user can choose a threshold based off statistical analysis (# of standard deviations from the mean). This provides a more standardized thresholding method instead of choosing an arbitrary threshold value at the beginning of the session. 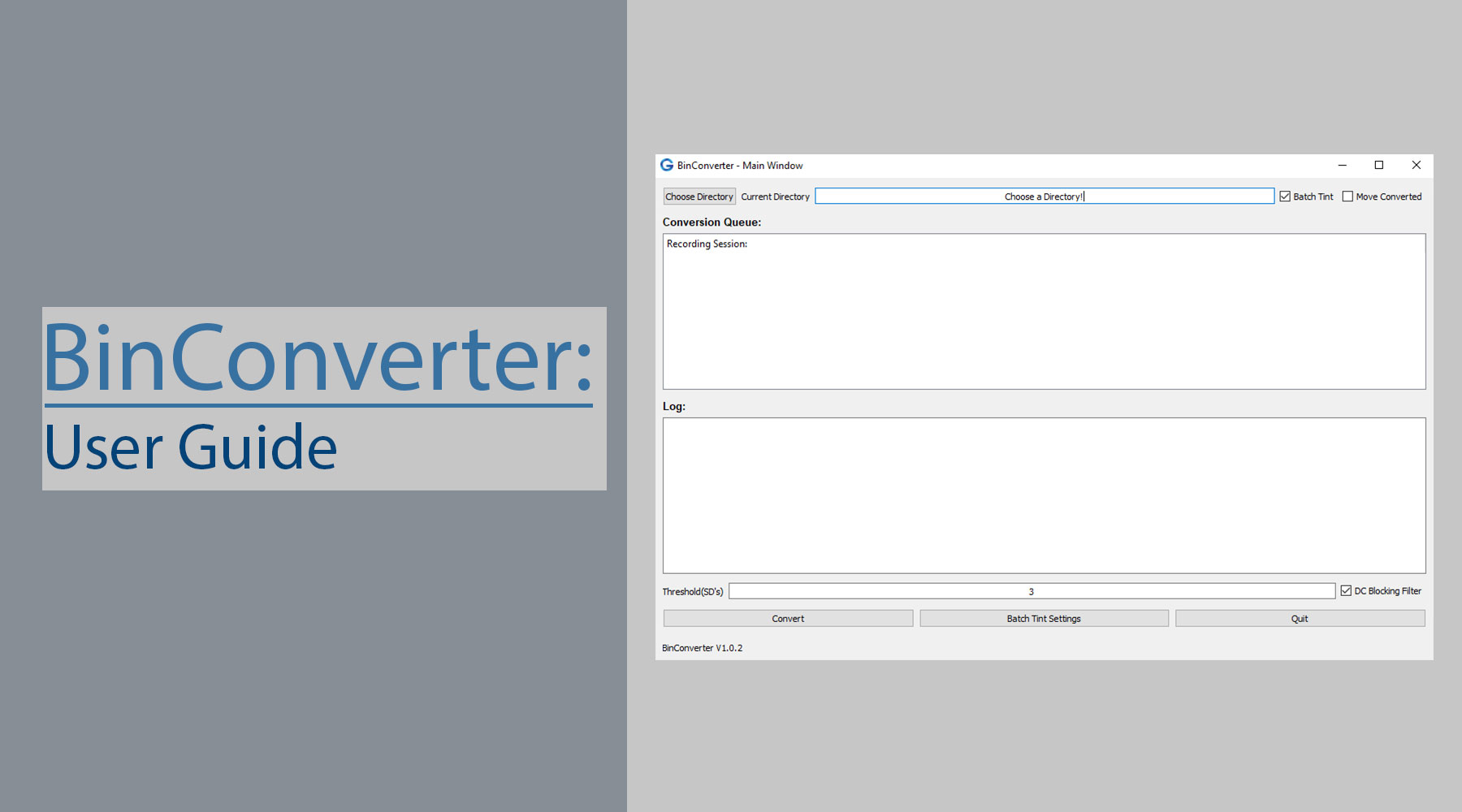 Now that you have installed BinConverter (along with any necessary Python modules), we can discuss how to use the BinConverter Graphical User Interface (GUI) to convert any .bin files to the Tint file format.

Are you sure you want to delete the following project: "Project object (5)"?